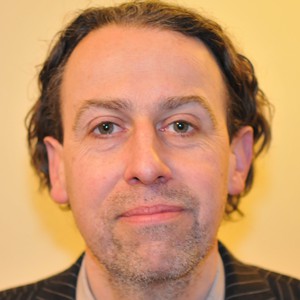 Edouard d'Araille has been a widely published author since 1999, being the author of dozens of essays and monographs in Philosophy, Comparative Literature, Poetry and Psychology. He is co-author of the self-help book 'Reading in No Time' and author of the forthcoming publication 'French in No Time' (2020). He is a member of MENSA, the BAJ (British Assoc. of Journalists) and A3M (Academy of the 3rd Millennium). He is currently editor of the 'Nobel Prize Collection' for Living Time Books.

Please see Edouard d'Araille's Academia.edu page for extensive extracts from his academic publications and for more information about his qualifications and career: https://oxford.academia.edu/EdouarddAraille

Edouard d'Araille was born and educated in England. He has resided in Canterbury, Leeds, Oxford, London, Shrewsbury, Ludlow and Oswestry. He gained five 'A Levels' (AAABC) at Notre Dame 6th Form College (Leeds) before attending Oxford University where he obtained Degrees in Philosophy and French. He proceeded to do Postgraduate studies in London where he was semi-resident at the British Library (1993-1998). He is the director of the documentary 'Last Year at Marianske Lazne' (on the fiction and movies of Alain Robbe-Grillet) and screenwriter of 'Crimes Past: Murder in America' (2020). He has authored dozens of introductory essays to works of world fiction and philosophy from thee 1700s to the present. He has also authored 15 volumes of poetry from 1999 to 2021.

Edouard d'Araille has taught pupils from KS1 to Postgraduate Level in the UK and abroad. He undertakes an equal amount of group-teaching (lecturing/seminars/classroom) and individual tutoring (mentoring/coaching/private tutorials).

He has taught in Switzerland (Geneva, Basel), France (Paris), Germany (Berlin, Munich), Italy (Milan) Poland (Krakow, Warsaw) and Slovakia (Bratislava). He is a native English speaker and also a fluent speaker of French and German.

Edouard d'Araille is highly experienced in teaching children and adults with special educational needs - including Autistic Spectrum Disorders (Autism, Aspergers, Pathological Demand Avoidance), ADHD, Dyslexia, Dyspraxia and other developmental conditions. He is quoted as saying: "Everyone can learn - it doesn't matter how differently we do so!"

He specializes in tutoring for GCSEs, A Levels, Entrance Exams and assistance with Dissertations, Essays, Theses & Coursework.

Get in touch with Edouard now